Is Your Wireless Network Naked!

War-drivers are driving around looking for nude wireless networks. Using laptops and powerful antennas, they cruise the streets looking for wireless broadcasts. When they detect one, the trouble begins. First they determine if they can break into the wireless network. It has been reported that 60% of wireless networks do not have any security and are wide open to illegal access. These are naked networks. By examining the broadcasts from a wireless router and downloading replies from other wireless network cards; war-drivers can determine the level of security being used. If only minimal security is present, they break in. Most just surf the web and collect email, leaving you none the wiser. Others steal your identity, tamper with your PC, or worse, leave virus bombs behind. These thieves then mark the spot for others to see. A symbol is painted on the building, declaring, "Here is a unsecure wireless network." They are even publishing lists of bare wireless networks. Using GPS they direct other data thieves to exposed victims.

Quick Tip-Bit: If your wireless is not labeled "Security-enabled wireless network (WPA)" it can be used by war-drivers. I recommend using WPA-PSK (or WPA-Personal) security. It has not been cracked by war-drivers. You must also change the broadcast name from the default and add a password to the configuration logon screens. If you suspect your wireless network is "exposing" you, call PC Bits at: 763-360-2163. www.pcbitsweb.com

Click here for directions to our Coon Rapids location. 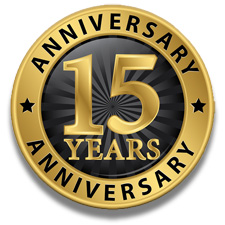